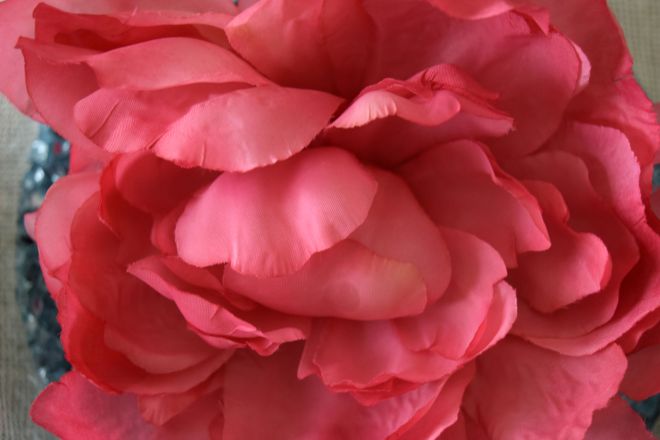 Have you ever found yourself finally removing the Christmas centerpiece on your table by the time Valentines rolls around? Life gets crazy, and it can be tough to keep up with the holidays. I don’t know about you, but I like having décor that evolves with the seasons. We spend so much time indoors nowadays that it can be easy for the days and seasons to slip away unnoticed. The problem is I don’t always have time and energy to think about it.

When I want a new centerpiece for a new season, I’m often rethinking everything from scratch. I spend so much time digging around for vases, bottles, jars, cloches, cake stands, trays, runners, and so on to get a new look for a new season. Then I find myself cleaning up the mess and looking for a place to store what I had on the table. Season after season, holiday after holiday, sometimes it just doesn’t seem like it’s worth the time and trouble.

The good news is this centerpiece is super easy. And it doesn’t require tons of shopping and tons of time. Slight modifications take you from season to season and add pops of color and cheer to your room all year long.

If you’ve been outside lately, you’ve felt the heat of summer upon us. The 100-degree weather in the South is enough to make anyone want to stay inside all summer! While you’re inside escaping the heat, why not try this easy summer centerpiece? 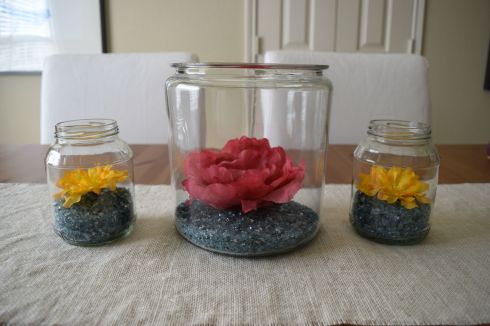 I love taking something that’s usually used one way and finding a way to reuse it. I’ve been collecting jars (way too many!) because I’m intrigued with the possibilities. If I can do the same thing with a pasta jar that I already bought, why buy a vase?

Did you know Classico pasta sauce comes in a mason jar? 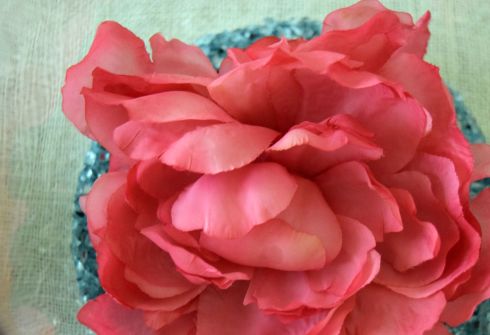 Here’s what you need:

To create a simple summer centerpiece: 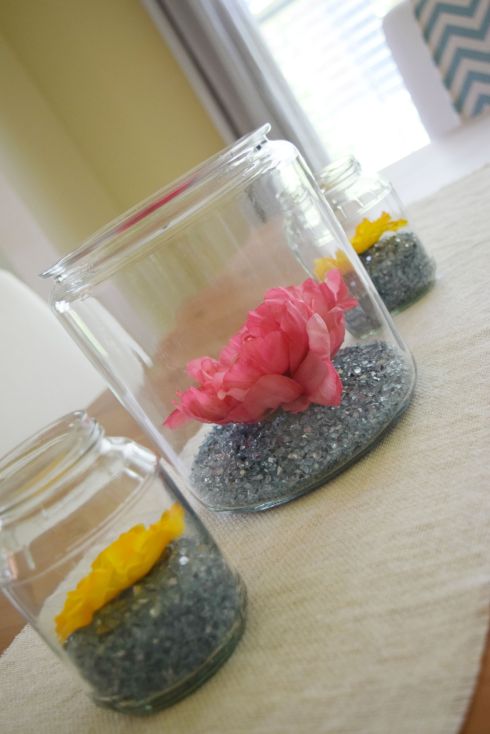 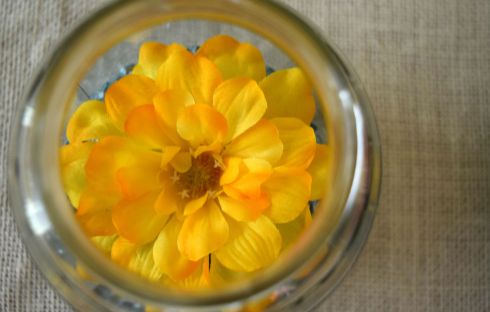 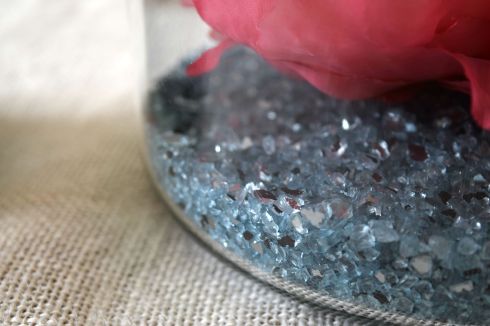 Mix and Match for a New Look

There are a number of ways you could modify this same general idea.

If it’s just too simple for you, you can jazz it up.

You can alter what you put in the jars for an arrangement that takes you from Easter to Christmas! This is a great way to add some cheer and color without breaking the bank or spending enormous amounts of time and energy on a centerpiece.

Here are some ideas of seasonal combinations. I listed several ideas for each category, but keep it simple by just choosing one filler and one item.

Note: To maximize use for each item, consider purchasing candles or flowers in neutrals.

To see ideas on other things you can do with jars, check out my board on Pinterest!

2 thoughts on “A Simple Formula for an Easy, Quick Centerpiece for Every Season”


...living intentionally
...challenging the status quo
...finding, creating, and enjoying beauty
...carving a life you want
...creating an environment conducive to your goals
...inspiring others